Children are born with a few natural tendencies:   They like to play.  They have great imaginations.  They love to create.  Somehow, the world beats these natural tendencies out of us and we conform.   It’s sad really.  Some people, however, seem to hold onto to these gifts.

At FotoFly, we try to find people who still have these natural tendencies intact:  creative, fun, playful, and have amazing imaginations.  Madison Larsen is one of our most veteran photographers and, rather than slipping into a rut, is still pushing the creative envelope.  She had an idea for a cool image she wanted to create, did it, and wrote about it – including the behind-the-scenes pictures.  So, in Madison’s words:

I decided to do a self-portrait one afternoon after I got off work.  We had a FotoFly Art Show coming up and I’ve had this idea in my head that I have wanted to try out, and now I had a deadline to make it happen.   The next day, I went to work at FotoFlyAway at Thanksgiving Point.  After shooting there all day, I decided the location I wanted and Kenny said he would take it for me.   After work it started raining, but it wasn’t raining enough to make us reschedule the shoot. Luckily Alex was able to come help out too as we wouldn’t have been able to do it without her!

Here is our initial test shot as I was explaining to Kenny what I was going to do and what I wanted it to look like: 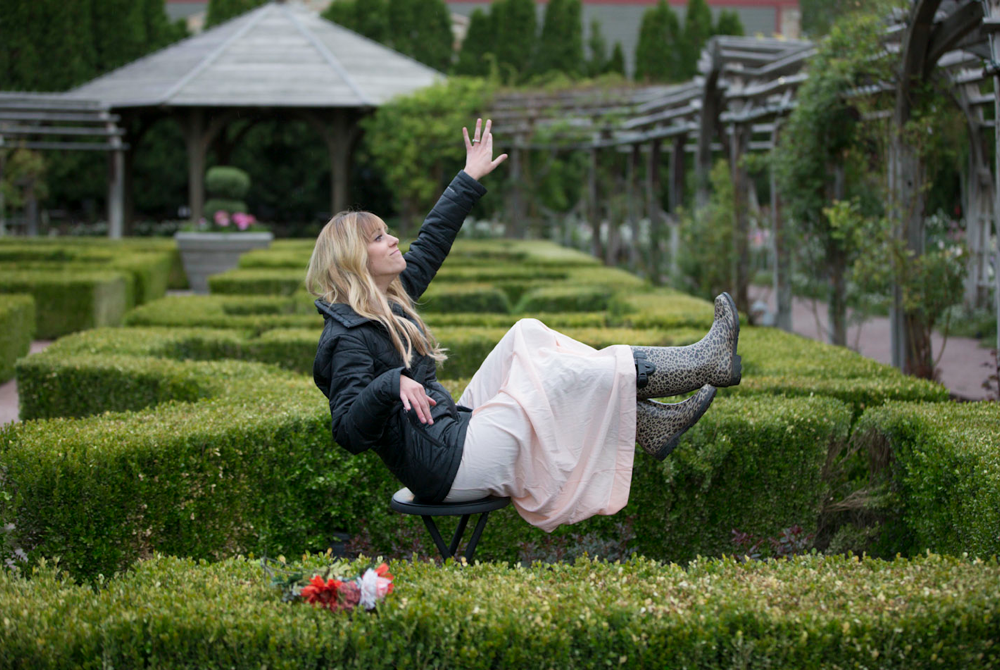 After getting my idea solidified, we got down to the technicalities.  I wanted the picture to be dark, so we raised our shutter-speed to 1/640 which isn’t very high, but it was already pretty dark outside because of the storm that was rolling in. Since we were raising out shutter speed to make the image darker, I wanted to add in a light source to give a little light on me. So we had a flash with a soft box on it just to the right of me so it was highlighting my hair and back. 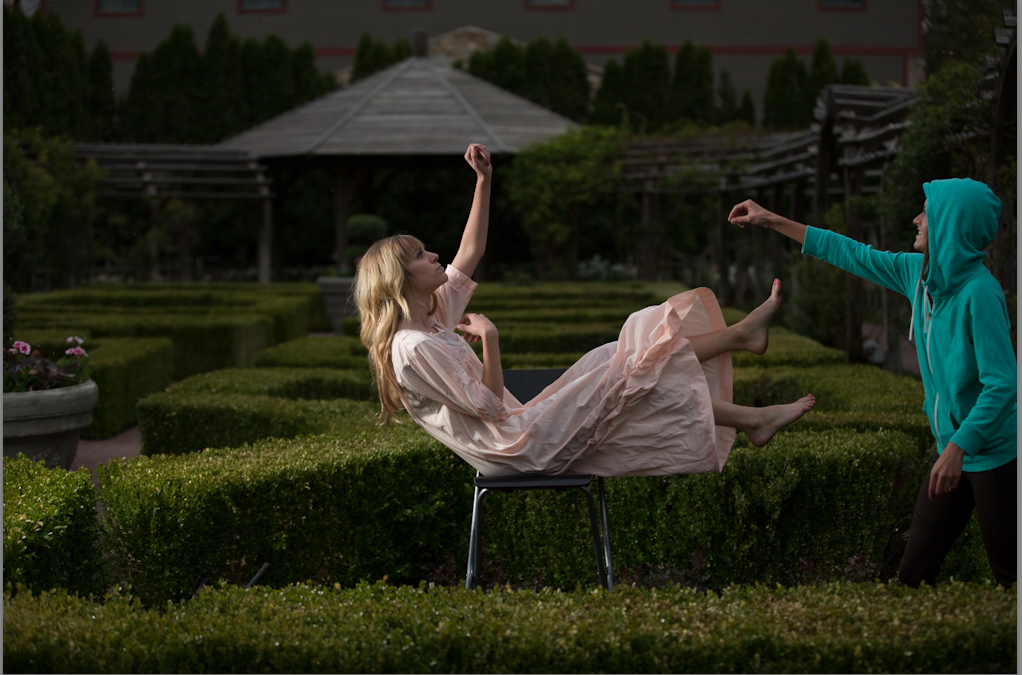 As you can see in the image above, every thing is darker, but we do get some light on me which, I think, makes the picture work. So pictured above is Alex. She had the pleasure of throwing my skirt up in the air so we could make it look like I was falling. So once we got the skirt picture, we had Alex toss my hair. 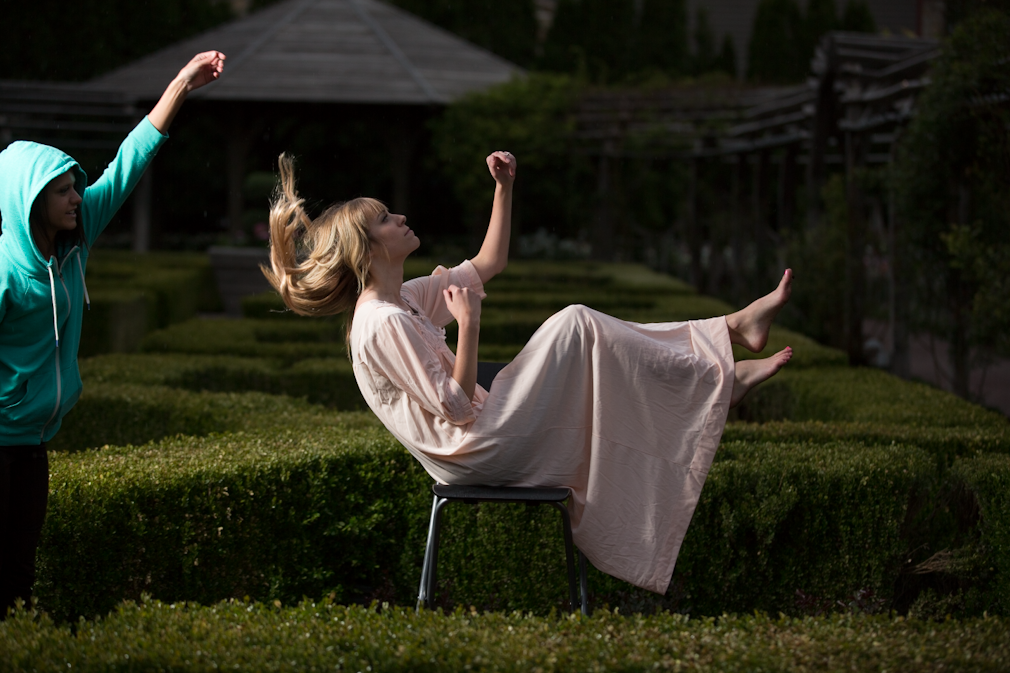 Mind you, my abs are KILLING by this point. And I’ve almost fallen off the chair like 5 times, but eventually we got something I liked. Then I had Kenny stay where he was and take a picture above where I was and below where I was so that if I wanted to add in more background later, I could. As you can see above, we got more of the background and you can see my light source. When taking extra frames of the background, it’s easiest to focus on your subject and then turn your camera to manual focus so that you can take the other pictures without having to re-focus so your final image of the composite photos will be consistent.

Here is the final image: 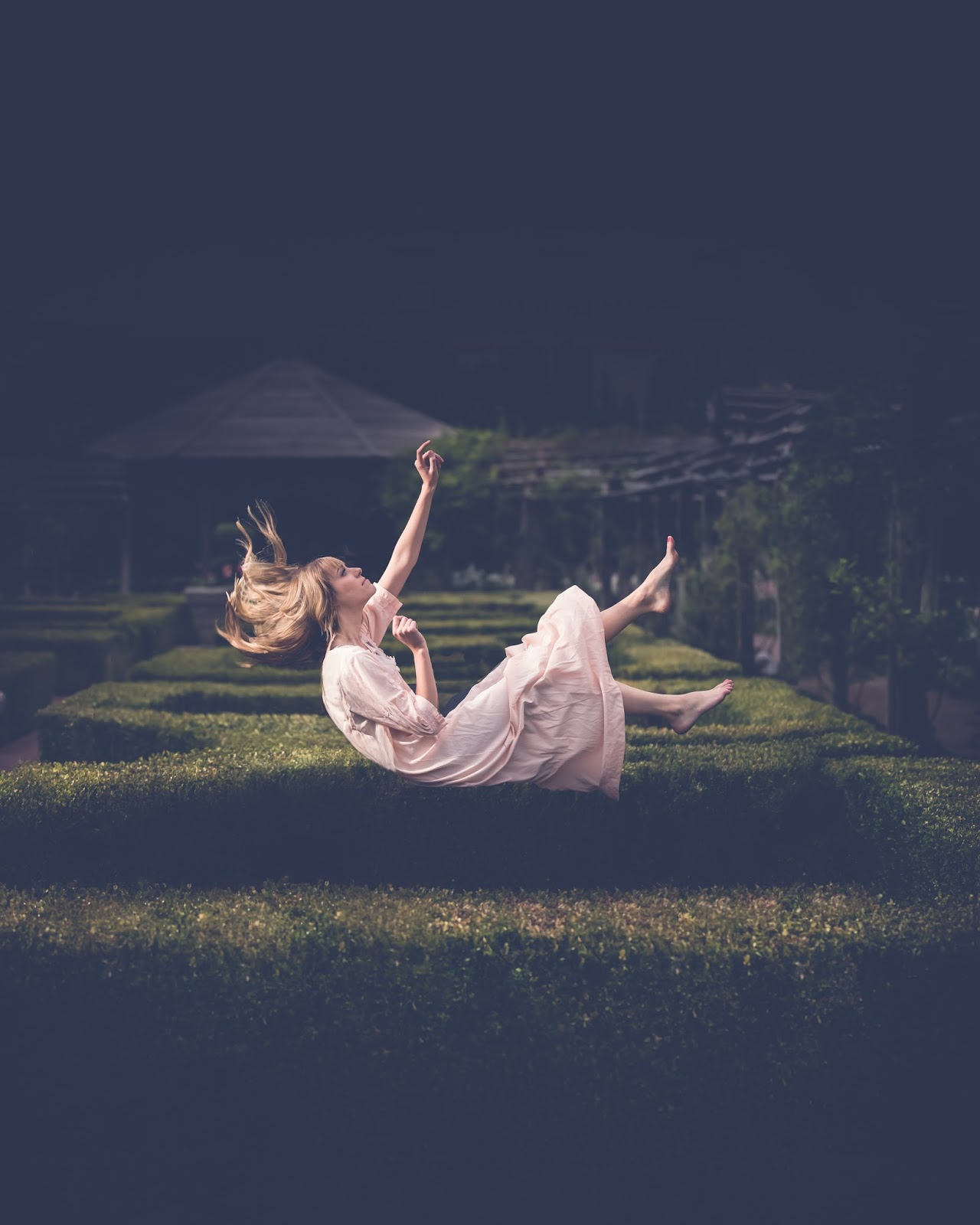 As you can see the original image was taken in a landscape format and I didn’t love it. I really wanted the space above me so that you could tell I was falling. So I composited my skirt picture and my hair picture together, took out the stool, added the background above me and underneath me and then messed around with the color until I got what I was looking for. I really wanted to combine the idea of innocence and beauty with a darker theme and I think I achieved that. I can’t wait to do more of this “fine art” type work.

Other notable pictures taken that day: 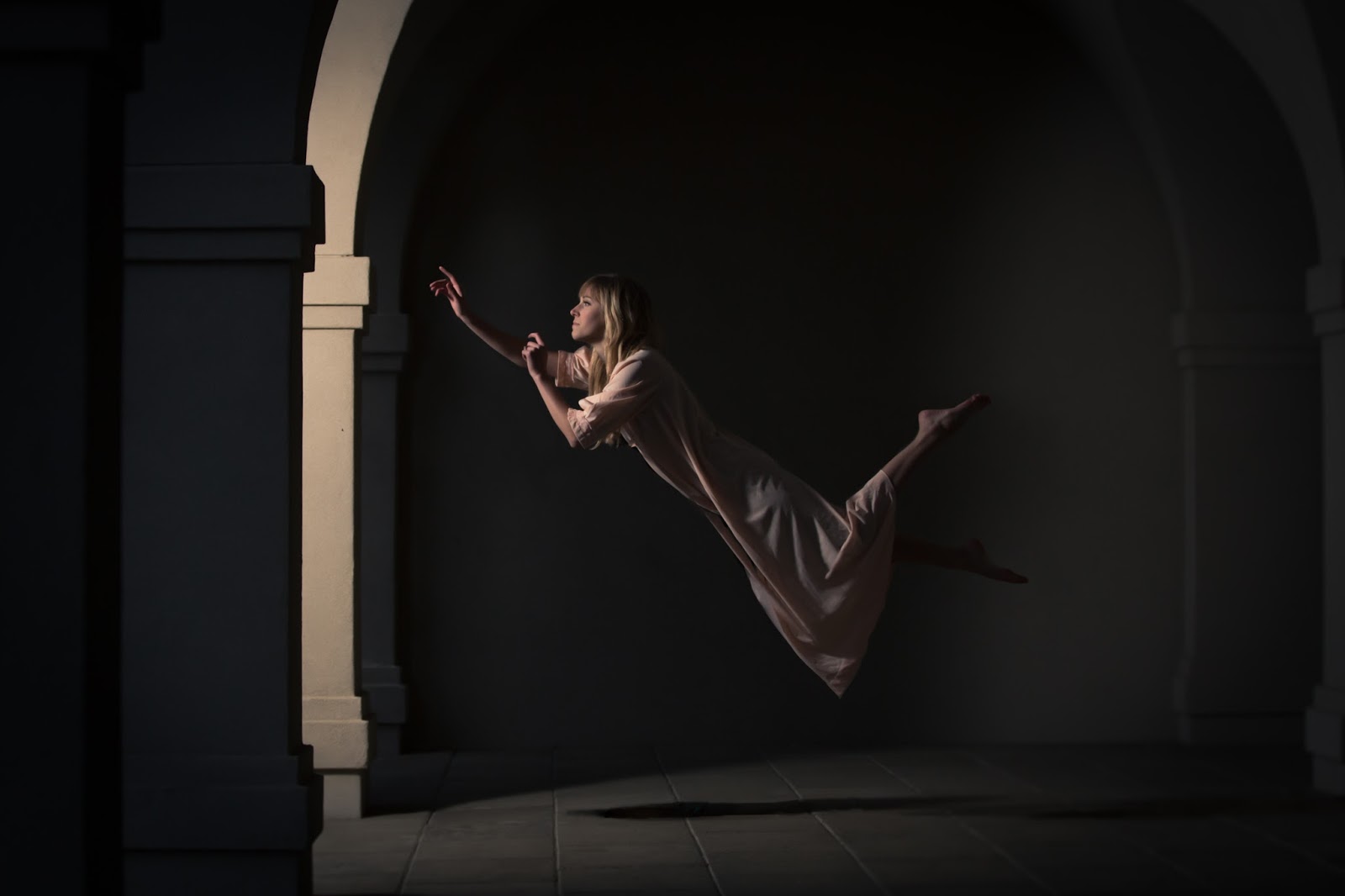 I love these pictures!  They’re a great demonstration of her talent.  I love the type of person Madison is – along with the rest of our creative team.  No one asks them to do this stuff, they just do it.

We’re lucky to have the people we do working for us.  Having been in this business for over 22 years, I can say that these ‘experiments’ of hers are world-class.  I couldn’t be more proud Madison!

If you have any questions about the shoot – or photography in general, feel free to ask as comments to this post!